By the Garden Pond 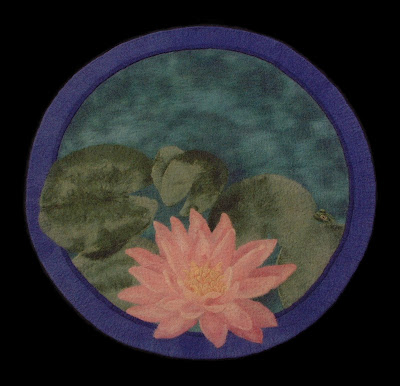 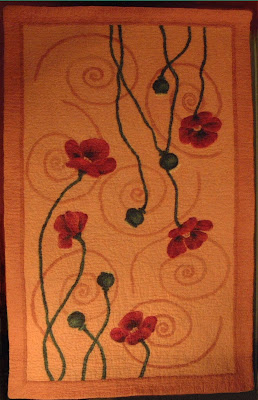 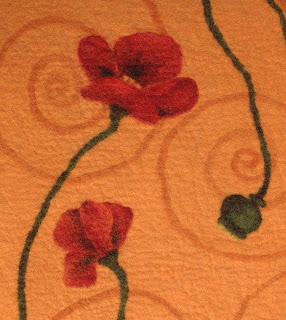 Worn Out ~ In Style 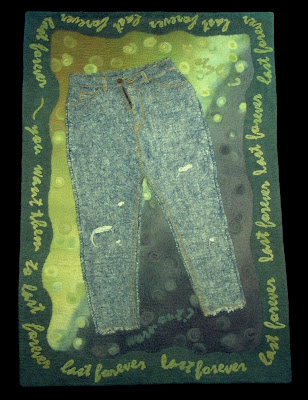 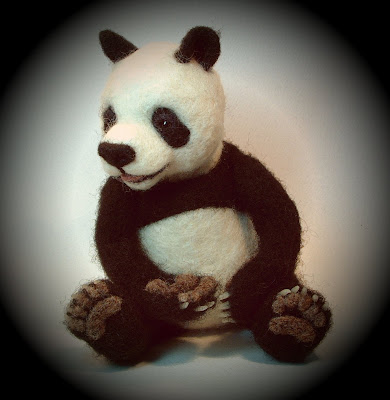 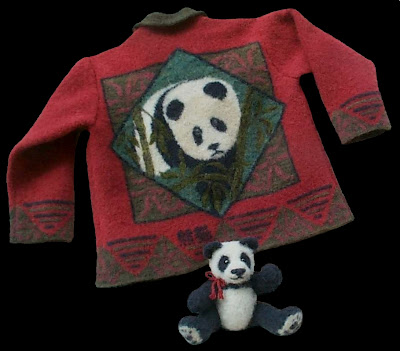 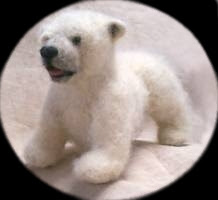 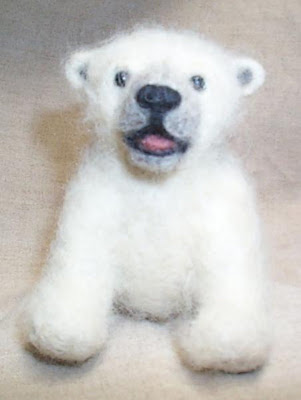 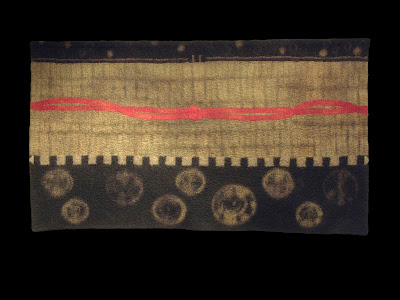 Sheep Shearing at All's Wool (that ends wool) Farm
All of the wool I use is grown by my "girls" (and a few boys) here on my farm. Their annual haircut yields an average of about eight pounds of wool per sheep. I hope you enjoy the video.

THE FABULOUS FELT-O-MATIC
I designed and made the first Felt-o-Matic in 2002 for my own use. I had been using felting needles in conjunction with the wet felting process for a couple of years but because my work was becoming larger in scale, I needed a more efficient method of needling than hand held needles. To my delight, my invention worked "fabulously"!
In the summer of 2005, a friend asked if I would make one for her. Then, another friend suggested I take it to the bazaar at The Felters Fling and take orders. The Fling was only two weeks away so I madly made a couple of new samples. (While my original "felto" worked great, it wasn't particularly lovely to look at!) The public debut of the Felt-o-Matic was a tremendous success and several weeks later quite a few other feltmakers had one of their own.
Over the past two years, I have made many more Felt-o-Matics. They have found homes in feltmaking studios all over the US as well as in Canada, England, Denmark and Norway.
Essentially, the Felt-o-Matic is a small, hand operated version of the huge commercial needle looms which produce all sorts of needled, non-woven fabrics including the needled prefelt you can buy today.
Many felters have recently discovered that using needled prefelt as a start then going on to wet felting helps speed up the wet felting process as well as giving the felter more control. That is basically what I've been doing for the past 5 or 6 years - long before pre-made needle prefelt was available - and is the reason I designed the Felt-o-Matic. Of course by using the Fabulous Felt-o-Matic, you can quickly make your own needled prefelt which can be any size, any color, shape, thickness, wool type, fiber blend etc. you want!!!
Find a bit more information at: http://felt-o-matic.blogspot.com/
If you are interested in having one, please send an email to : diannestott@gmail.com
Home
Subscribe to: Posts (Atom)

Currently on the worktable 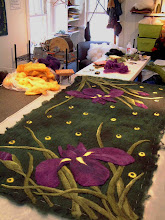 A rug in process April 1, 2009
You're invited to visit my studio ~ studio hours by appointment
Or take a video tour at:
http://www.youtube.com/watch?v=i4Pc18HHowE

Rug making workshops and private instruction available at the studio. Contact me for details at: diannestott@gmail.com

Random thoughts and observations on feltmaking and living with sheep at: http://woolwindsmusings.blogspot.com/

Dianne
All's Wool (that ends wool) Farm & Studio, Vermont, United States
After many successful years as a clothing and knitwear designer in New York City, working for several different major womenswear manufacturers, I "escaped" from the hectic city life, moved to Vermont and established a small farm. I keep a flock of sheep (currently about 40) that I have selectively bred to produce a soft, lustrous wool that is perfectly suited for making my one-of-a-kind and limited edition jackets and other outerwear. I have more recently expanded my work to include making hand felted rugs for floor and wall as well as sculptural felted objects for the home. I feel a tremendous amount of joy and satisfaction knowing that the wool I am working with was grown by sheep that I held in my hands as tiny and incredibly charming newborn lambs. I hope that feeling is reflected in my work.